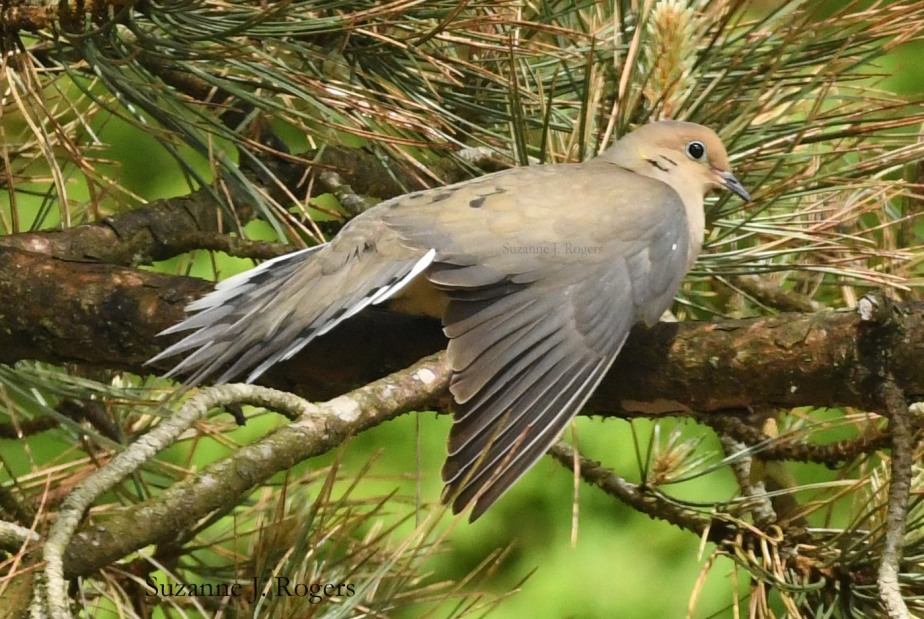 This mourning dove has the right idea. Resting between feedings is a must and I make sure to do that myself each and every day.

My resting place of choice is slightly different than the mourning dove’s. I prefer something soft,something that doesn’t have pointy needles. I always choose maple trees. Their leaves are far more comfy and apparently you can get syrup out of them.

Turkeys in a tree

So high up there

How brave they all must be!

I’ve never seen the big sycamore at the end of our driveway spotlighted like this before. Normally it’s pitch black along the road…it can creep a person out if the deer are moving through the woods.

At the top of this image you can see that there were clouds in the sky, they covered the moon and then revealed it, time and time again. What you can’t see is that the  clouds were screaming across the sky, moving at forty-one miles an hour.  The woods were howling and the power was out…where was the light coming from? 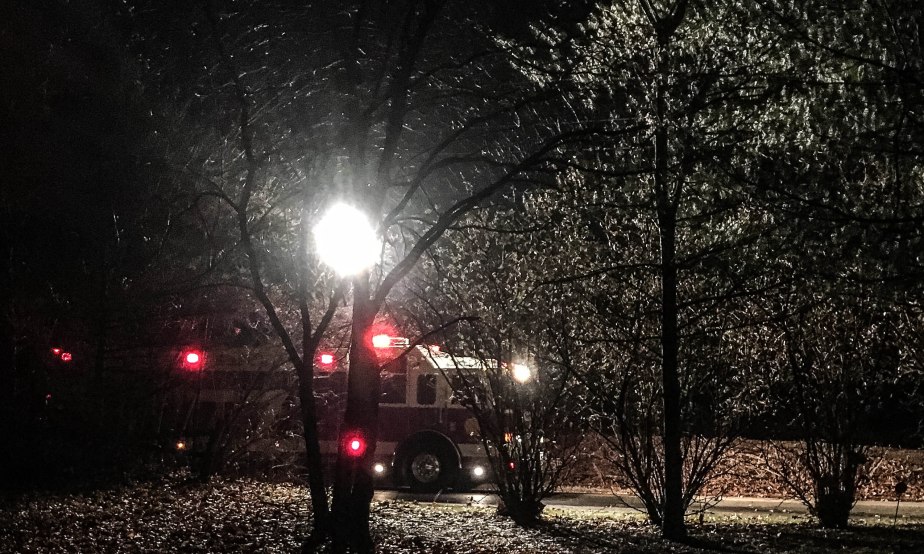 The fire truck parked in the middle of the road. 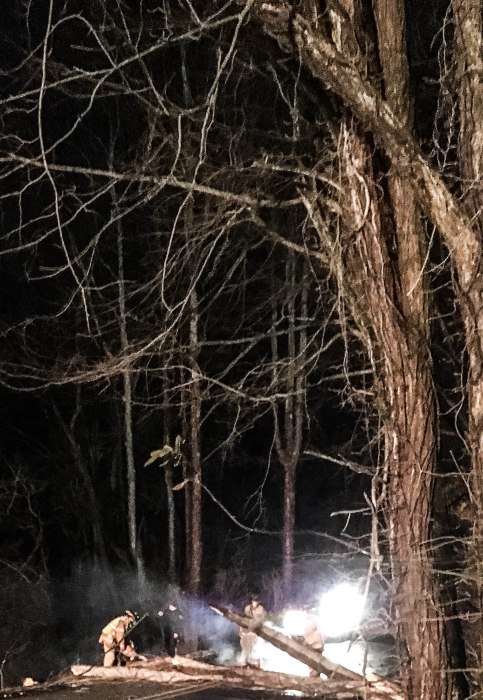 We had been listening to the wind, when almost simultaneously, we heard a  loud BOOM and saw a bright white light shoot way into the woods. We also found ourselves sitting in the dark.

Long story short, the branches of this huge tree brushed the power lines across the street and the circuit breakers on a telephone pole popped…or as I called it, “exploded.”

Prior to the fireman and police officers getting here, we grabbed our powerful flashlights and waved them madly whenever we saw headlights come over the hill from either direction.We also made sure we stayed out from under the trees, well I did…hubby needed a lot of vocal encouragement from me to, “MOVE OUT FROM UNDER THE TREES!”

Two cars were very lucky, they came over the hill JUST after the tree came down. A few seconds either way and we could have found a car under the tree when we got to the end of the driveway.

My hat is off to those firemen…they had the road cleared in no time…they cut and then lifted those HUGE sections of tree and then, shouldering their chainsaws, they marched back to their truck and went off to the next rescue.

(My apologies for the grainy images…I used my phone, didn’t have the right setting selected, my hands were freezing…the dog ate my homework.)

I BROKE A NAIL, THE DAMAGE’S DONE

WHEN I COME IN WITH  FINGERS “SAPPY”.

YOU SHOULD SEE HER FACE WHEN I SHOW HER

WHAT HAPPENED TO MY PEDICURE.

THE “CALL” THAT IS MOST ASSOCIATED WITH THEM, IS LOUD…MENTIONED OFTEN AS A “JEER”.  THEY MAKE THEIR PRESENCE AND OPINION KNOWN.  THEY USE THIS JEER TO WARN OTHERS IN THEIR FLOCK.

THEY ARE BRAVE…THEY FEAR NO OTHER BIRD, TAKING ON HAWKS THAT ARE FOUR TIMES THEIR SIZE.

THEY SOAR THROUGH THE AIR AND FLY HIGH TOWARD THE HEAVENS.

I ASKED THIS GROUP OF BLUE JAYS WHAT THEIR NAMES WERE…

To purchase paperback /or Kindle version CLICK ON IMAGE

All content on this site is copyrighted Suzanne J. Rogers, unless otherwise stated, all rights reserved. Excerpts and links may be used, provided proper credit is given. Many of the images that you see on this blog have been available on pixels.com for some time. As a result, images used or represented as belonging to any other individual can be easily refuted and prosecuted. .